Put Down the Phone, Pick Up a Cone 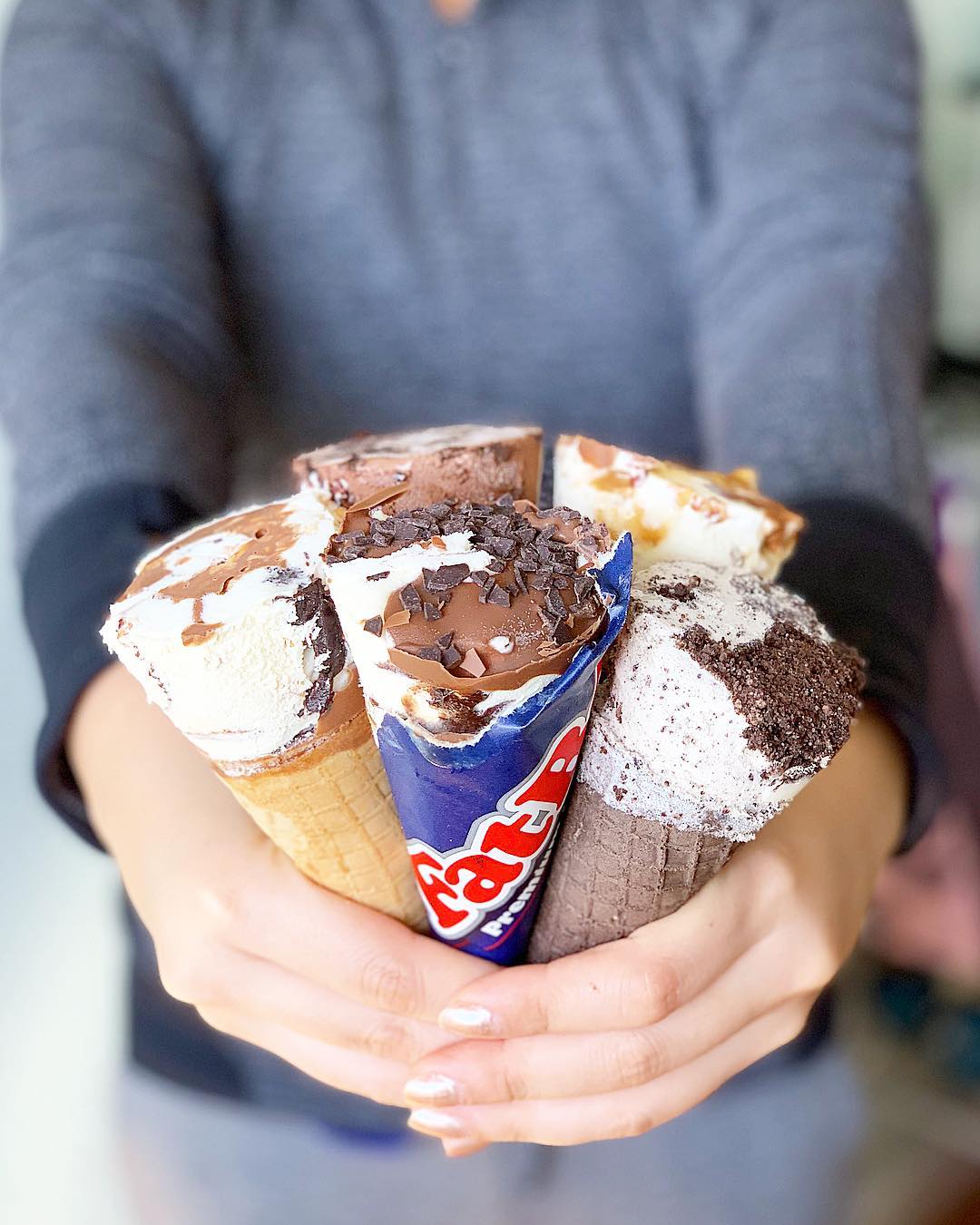 22 Jul Put Down the Phone, Pick Up a Cone

Posted at 06:00h in Uncategorized by tatisoutham 0 Comments
1 Like

When given the opportunity to put your ice cream in a container or a cone, you’d have to be crazy not to opt for a cone. Cones are a convenient, edible container that taste out of this world, especially when combined with premium scoop-shop ice cream.

Cones have been around for over a century, and come in a lot of different varieties. If you’re not a cone-lover, chances are you’ve likely only tried the cheap, crumbly cones and have never experienced FatBoy’s waffle cones.

See which ones speaks to you by reading more about its variety in our flavor profiles:

Ice cream cones are undoubtedly one of the best inventions ever made, and come in a variety of styles like sugar cones, waffle cones, and wafer cones.

Italo Marchiony is credited with producing the first cone back in 1896, and later had it patented in 1903. However, a similar design was created in 1904 at the St. Louis World’s Fair by Ernest A. Hamwi, a Syrican concessionaire. Hamwi was a vendor who sold waffle-like pastries neighboring an ice cream booth. When the ice cream vendor ran out of dishes, Hamwi helped him out by rolling his waffle-like pastries into cones.

Cone production took off just a couple decades later in the 1920s. And in 1924, a record-number of cones were produced reaching 245 million.

Did you know…The world’s largest ice cream cone was made in 2012 and weighed 2,204 pounds. It was 13 feet tall, and was made in Gloucester, UK. Isn’t it time you did something extraordinary, too? No, we’re not talking about building a bigger ice cream cone, but if you’re looking for a fun way to celebrate National Ice Cream Month, we suggest making a tasty game out of it with the special people in your life– Simply blindfold a panel of friends and have them taste each FatBoy Ice Cream Cone variety. Whoever guesses the correct flavors, wins! (But come one, let’s face it. Everybody wins at this yummy game!)

So come on! Put down your phone, and pick up a FatBoy Ice Cream Cone today!