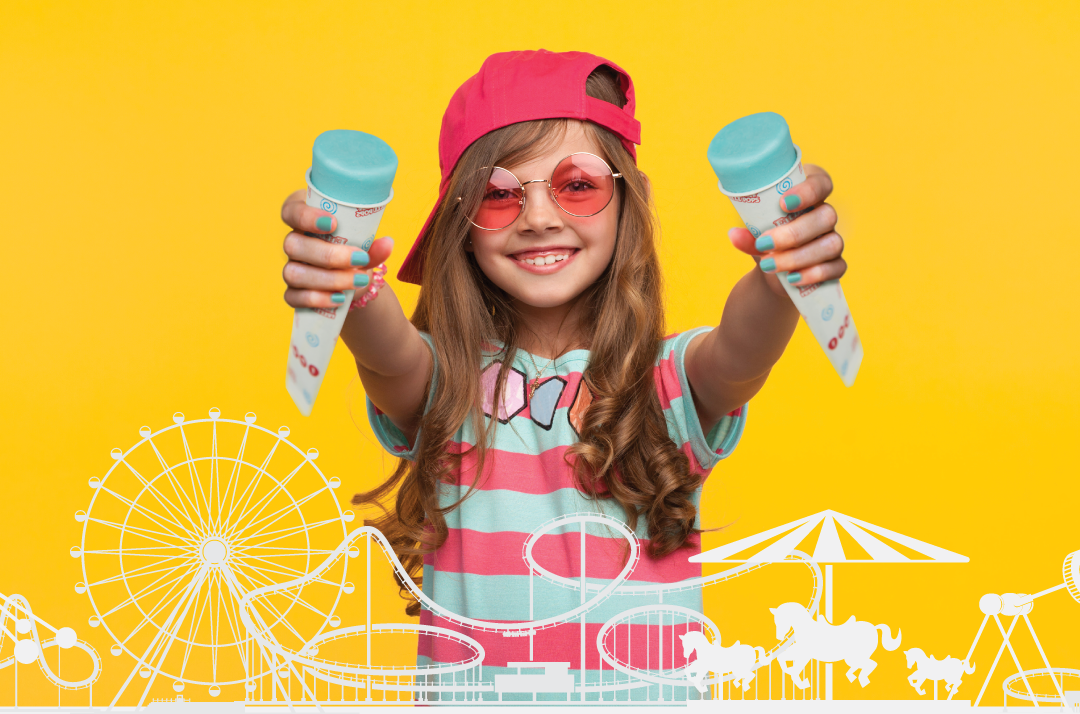 Posted at 06:00h in Uncategorized by tatisoutham 0 Comments
2 Likes

Now, when you read the words cotton candy in the title, what came to mind?  Was it images of ferris wheels and prize winning gourds and rodeo clowns from the county fair?  Was it the smell of the machine as the silky, sugary fibers whip around and form before your very eyes?  Maybe it was the taste of cotton candy and popcorn at a high school basketball game, or a hometown minor-league baseball game.  In any case, I defy you to think of an occasion where cotton candy is usually involved and you’re not having a good time.

I know, I know… the same can be said for FatBoy Ice Cream, and frozen desserts in general, really, but come on… Now there are cotton candy flavored freeze pops for cryin’ out loud!

That’s right.  One of FatBoy’s newest flavors is the Cotton Candy Freeze Pop!

In order to make this new and exciting flavor feel at home, we decided to do a special flavor profile.  From its history, to the super-cool way it’s made, we’re about to get knee deep in cotton candy trivia.  So get your fair tickets and cracker jacks ready, it’s cotton candy time!

Where Does Cotton Candy Come From?

Historians aren’t exactly sure when and where cotton candy first got its start, but some sources put early forms of spun sugar clear back in 15th century Italy.  That’s right, give yourself a moment to imagine Leonardo Da Vinci eating a big cloud of cotton candy while he’s painting the Mona Lisa.  Okay, well, that probably wasn’t exactly how it happened, after all, spun sugar wouldn’t quite have been the same thing as the cotton candy we all love today.  It was very hard to produce, so not a whole lot of people would have had access to it.  Makers of cotton candy in the here and now have the benefit of machines, so it’s easy to produce and available to nearly everyone.

In 1887, a confectioner named John C. Wharton and a Nashville dentist named William Morrison invented the first machine for spinning sugar into cotton candy.  I know what you’re thinking, and don’t worry, the irony isn’t lost on us here.  A dentist invented cotton candy?  Yep.  Not only that, another dentist in New Orleans, Joseph Lascaux invented a similar machine a couple of decades later!

(confectioner: a person whose occupation is making candy or sweets)

When Morrison and Wharton introduced their invention in St. Louis at the 1904, they called it “Fairy Floss.”  that name faded away, but Lascaux’s name, “cotton candy,” stuck.  It wasn’t until the 1970’s, though, when automatic cotton candy machines were created (the ones that mass-produce and package it) that it became as ubiquitous as it is today.

How Is Cotton Candy Produced?

The basic principle is that you heat up some sugar and spin it around really fast through a filter so that it comes out in strands that collect into what we know as cotton candy.  It is, of course a little more complicated than that, though.

A cotton candy machine has layers.  In the inner circle is the sugar reserve, where the main ingredient is kept.  This whole apparatus spins around and creates centrifugal force, which pushes the heated sugar through some tiny holes around the outside.  As for the sugar itself, well they actually make special colored sugar that is designed to melt perfectly and fit through those little holes nicely.

When the strands of sugar hit the cooler air outside of that inner sugar reserve, they are solidified and collected in the outer layer of the machine, which is a big circular bowl.  The fibers build up around the inner walls of the outer layer, and the person running the machine gathers it up on a stick for you and I to enjoy.

Where Does The Flavor Come From?

Yeah, it’s basically sugar, but there is also a little bit of flavoring added to those special cotton-candy sugar packets.  The most commonly used “cotton candy” flavor, is a recreation of the taste that comes from the “blue raspberry” variety of cotton candy, which of course, doesn’t taste like blue raspberries (it tastes like cotton candy, duh!).  The sugar, when heated, spun and combined with the blue raspberry flavoring, takes on a unique flavor of its own that we know as the stuff of county fairs, high-school basketball games, and boardwalks.