How Fat Boy Ice Cream is Made 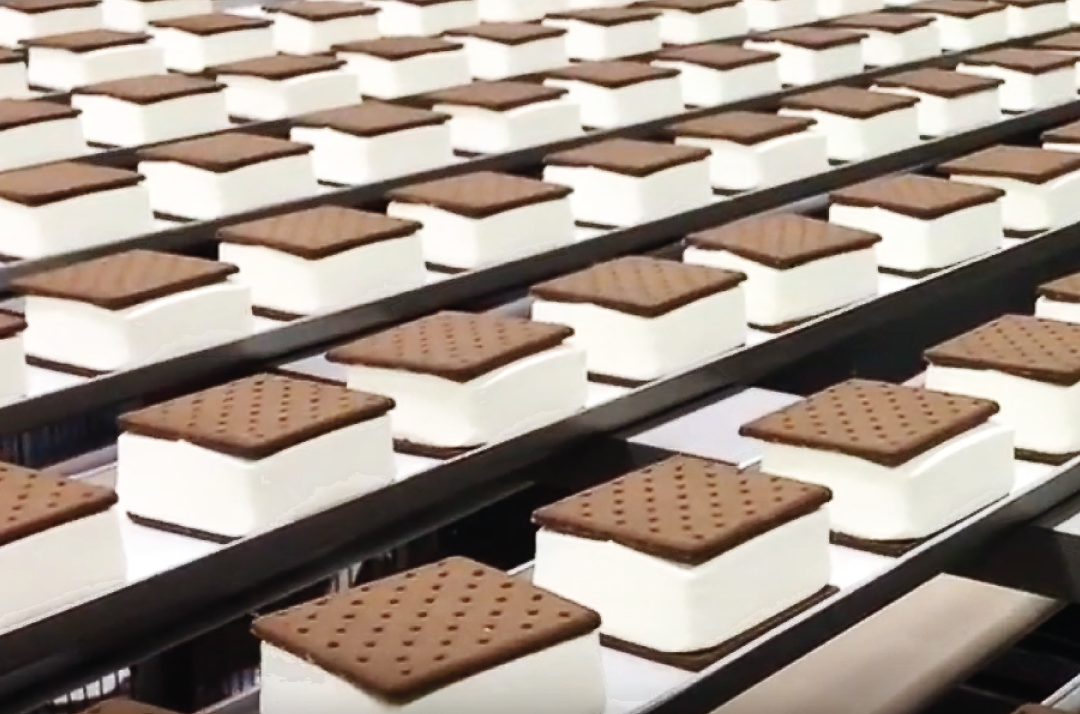 20 Aug How Fat Boy Ice Cream is Made

Posted at 06:00h in Uncategorized by tatisoutham 9 Comments
2 Likes

FatBoy Ice cream–Everybody loves it! But have you ever wondered how we make these delicious novelties?

It starts with lots of milk, sugar, and butter. FatBoy doesn’t skimp on the quality of our ingredients. We know that the delicious flavors you all enjoy are based off of our tried and true recipes that date all the way back to when Casper Merrill (founder of Casper’s Ice Cream and FatBoy) developed this tasty treat in 1925.

After mixing the milk, sugar, and butter, it’s heated to a temperature of 167 degrees which removes any contamination. It’s then held for about 30 minutes (this is called pasteurization).

The mixture is then pumped through a homogenizer (which breaks up the fat molecules). This is what gives the ice cream its smooth and creamy texture.

After homogenization, the mixture is pumped through a plate cooler that makes it go from 167 degrees to 36 degrees before going into a temporary holding tank. When it’s cooled, it’s transported to a freezer where the ice cream mix (which still looks like milk during this process) is frozen with cold air to make creamy ice cream.

The ice cream at this point is now a “soft serve” texture. It is then dropped on a conveyor belt to be transported through a series of freeze tubes that will make it solid enough for the next step of production. After about 30 minutes of sitting in the freezer tunnel, the ice cream will be hard.

Now that the ice cream is ready, it’s time to start production of the ice cream sandwiches and sundaes. If making a sandwich, the ice cream is placed on a machine where it’s covered with two chocolate wafer cookies on each side. Then it’s sealed, packaged, and inspected before being shipped off to retailers.

When making a nut sundae, the ice cream bars are picked up in groups and dipped into a warm mixture of chocolate and peanuts. This chocolate mixture dries quickly so it’s ready for packaging. After it’s inspected for the proper amount of chocolate and peanuts, it’s packaged and placed in retail boxes. The product is then held in a large freezer at -20 degrees before being transported by semi truck (also held at -20) to several retailers around the country, where you are able to purchase these mouthwatering novelties and enjoy them.

Our factory produces about 1,500 ice cream bars per minute (or about 27 million bars a year). But it hasn’t always been like that.

When Casper Merrill began making these yummy treats, he had just graduated from Utah State University in Dairy Science in 1925. He began experimenting with his older brother making ice cream. They took the cream from the cow’s milk, and cut ice blocks in the winter (which they stored in sheds with sawdust/straw to keep them cool). Then they mixed the ice/brine solution with the cream and other ingredients and froze them in large blocks. They cut these blocks into small rectangular squares, and used meat skewers to dip the ice cream into warm chocolate and peanuts before selling them to local people.

Casper definitely worked hard to get FatBoy Ice Cream to where it is today. Although his recipe hasn’t changed much over the past 90 years, his facility has. Because Casper was also an inventor, he invented many of the early equipment and production lines. In fact, many of his pieces of equipment are still used today, and are only found at Casper’s Ice Cream Factory.

We hope you bring your appetite when you sit down with one of FatBoy’s sandwiches or sundaes. They’re called “FatBoy” for a reason–because they’re packed with extra thick and creamy ice cream. If we didn’t do it that way, we’d have to call them “Skinny Boys.”

Go ahead and indulge in a FatBoy Ice Cream today. What’s your favorite flavor?