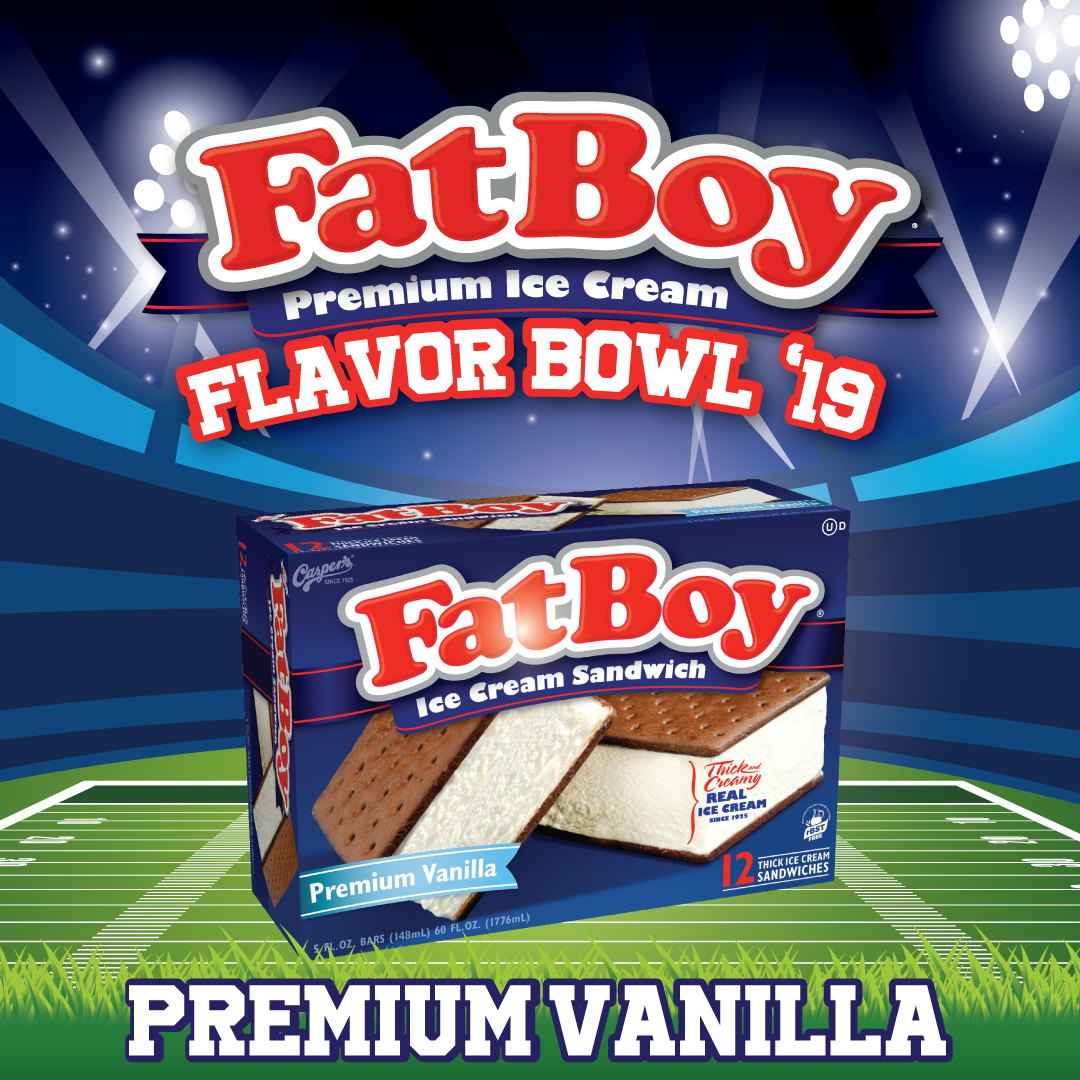 Vainilla is, of course, a perennial favorite, and a major contender for the Flavor-Bowl title.  The classic flavor has been a staple of the ice cream world for almost as long as there has been ice cream.  It is also considered the most popular flavor in the world, and is often used in coffee drinks, yogurt, and other desserts.  In fact, because of its ubiquitous status among the flavors, the term “vanilla” is often used synonymously with “plain,” or “bland.”  Of course, good vanilla flavoring is anything but plain or bland.  It’s rich and creamy, and even a little smokey, depending on where you’re enjoying it.  It’s a powerhouse of a flavor, and it’s here to compete.

Vanilla Trivia: Vanilla gets its name from the Spanish word for “little pod.”

Vanilla was first used by the indigenous peoples of Mexico and Central America before the 1500s when the Spanish conquered the region.  When the Spanish found the flavor, they brought it back with them to Europe, where it was first used as additional flavoring for a cocoa based drink.  In fact, the Spanish explorer Hernan Cortes is credited with introducing both chocolate and vanilla to Europe.  By the 1600s, though, it had earned a reputation apart from cocoa, and the French soon started to use it to flavor ice cream.

Vanilla ice cream, however, didn’t make its way back to the United States until Thomas Jefferson brought the recipe back from one of his diplomatic visits to France around the time of the revolution.  In the 1780s, Jefferson came up with his own recipe for vanilla ice cream, which you can now find in the Library of Congress.

Vanilla Trivia: Though it originated in Mexico, its home country currently ranks fourth in the world for vanilla production behind China, Indonesia, and Madagascar (in ascending order).  Mexico produces only around 17% of Madagascar’s annual export.

How Vanilla Flavoring Is Made

Vanilla flavoring comes from the beans, or “pods” of the vanilla plant, a species of orchid found mainly in Mexico.  Cultivators have to harvest the beans every day because they ripen at different times, and it can be difficult to determine when the beans are ripe.  The pods, once harvested, are then dried and prepared according to their intended use.

Some recipes using vanilla call for the whole pod, while some call for ground, unprocessed vanilla, vanilla sugar, or vanilla extract.  Vanilla extract is the most commonly used form of the flavor, and it is created by processing whole vanilla pods in an ethanol and water solution.

How Vanilla Stacks Up:

Heading into this Flavor-Bowl season, Premium Vanilla, then, definitely has some quality attributes, including the rank of most popular flavor in the world.  Let’s take a look at the details.

Those same opponents had better not think that vanilla’s bringing anything “plain” or “bland” to the party, though.  That’s not the kind of competition you get from the world’s most popular ice cream flavor.  Vanilla is popular and ubiquitous for a reason.  It’s rich and smooth, subtle and powerful, and goes well with just about anything.  Vanilla is not to be underestimated, and it will be a lot of fun to see it compete with the other flavors in this year’s FatBoy Flavor-Bowl.  Stay tuned to see how it does.