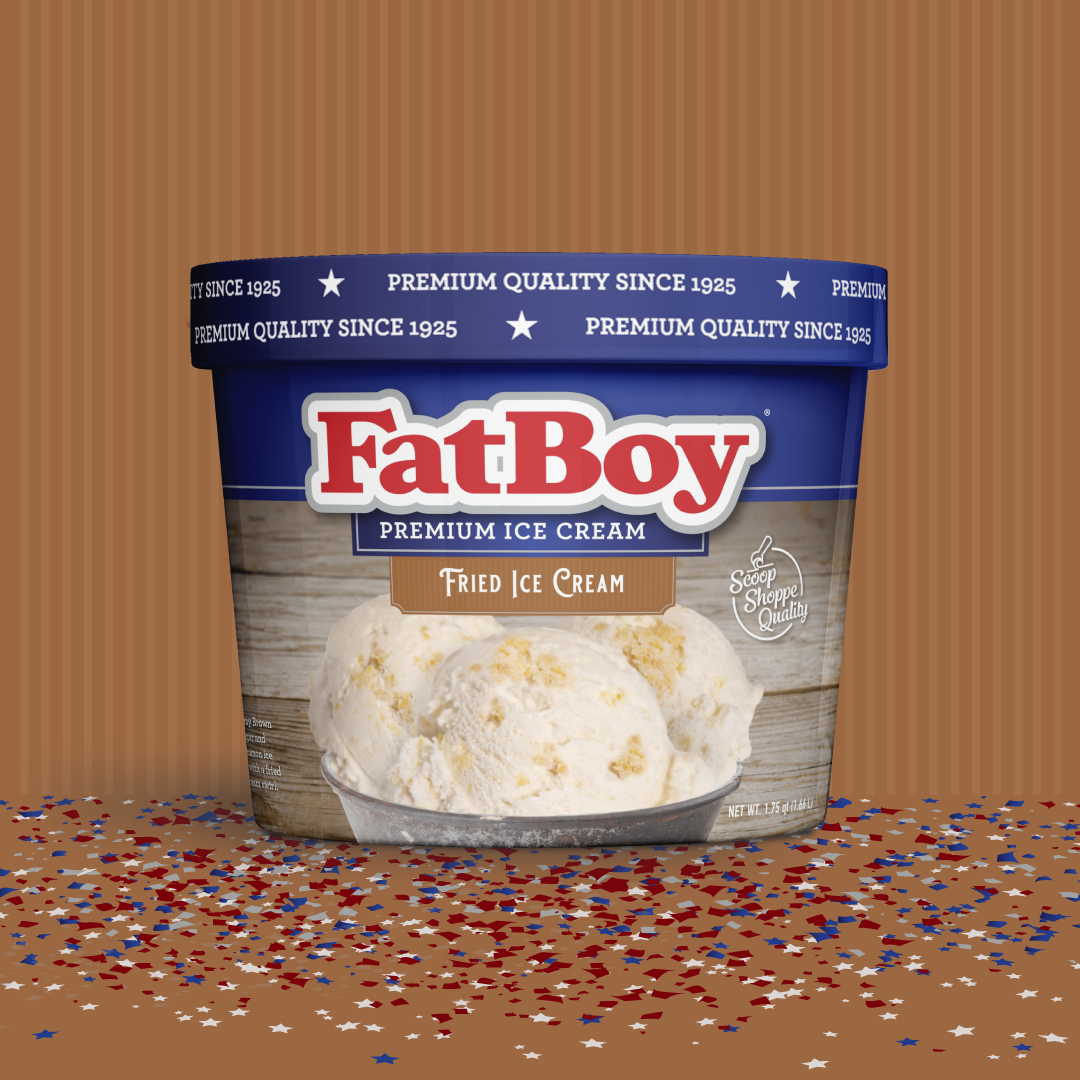 Let’s take a little trip down memory lane. Remember when you were young and your parents took you to your favorite Mexican restaurant, and all you could think about was the dessert at the end? Yeah, us too. You’d eat your way through chips and salsa, devour your tacos, and okay yes probably eat even more chips and salsa… but that’s beside the point. What we’re trying to say is that there was probably just one thing on your mind: fried ice cream.

The very concept of fried ice cream still boggles our minds to this day. How do they do it? How do they make something so sweet, so creamy, so flaky, so impossible? It’s hot and it’s cold. Fried ice cream is itself a juxtaposition, an impossibility. How do you fry something frozen? Unless you’re some sort of wizard, you probably have questions too.

Now, an even bigger question: how do you manage to fit all of the magic of fried ice cream into a single portable, shareable, buy-it-at-the-grocery-store tub?

You heard us. Gone are the days of traveling to your local Mexican joint to experience sweet, sweet fried ice cream. True to FatBoy standards, our Fried Ice Cream tub uses premium ingredients to bring you the real deal right at home. The best part? Tubs are big enough to share. Or, if you’re like us, they’re just the right size for one.

So… What even is fried ice cream?

In its purest form, fried ice cream is a deep-fried breaded scoop of vanilla ice cream. Immediately dunking the frozen treat in hot oil creates a warm, flaky outer layer while still keeping the ice cream cold. Listen, we can’t explain how it works, okay? We’re just grateful that it does. To keep it from melting, the ice cream is kept colder than your typical freezer, which adds a layer of difficulty to all of those DIY fried ice cream tutorials.

At that point, the possibilities are endless. Really. The purist can enjoy the decadent, creamy vanilla and airy deep-fried shell without any added embellishments. But those looking for even more flavor can experiment with abandon. Toppings vary widely and can be as simple as cinnamon sugar or as unique as green tea, peppermint, or fruit cocktails. Some restaurants use crushed nuts or sprinkles as a garnish. Some will finish with a dusting of crushed cookies. Still others will drizzle chocolate and caramel sauce on top. We could keep going, but we’re getting hungry over here!

Where did it come from?

For as long as we have existed, humans have sought to make a good food even better by deep-frying it. Maybe you’ve had fried Oreos or fried Twinkies at your state fair. They’re better than the original, right? It’s okay, we all know it’s true. There is not a food on this planet that humans have not attempted to deep fry, so it’s only natural someone was crazy (and smart) enough to dip ice cream into the fryer one day.

Like most good things, there are a lot of varying origin stories for fried ice cream, none of which have been proven. Fried ice cream is prepared differently around the world, and though many countries have a version of the sweet treat, the American rendition is the one we’ll focus on today. The most widely circulated story pins its creation on the 1893 Chicago World Fair, which happens to be the birthplace of fried ice cream’s cousin, the ice cream sundae. Another origin story attributes its origins to a Philadelphia company the following year, alleging that they gained momentum when they began coating scoops of ice cream with breading, making a soft and spongey cake, then frying the lot and coming up with, well, you know.

Wait… Why do we get it at Mexican restaurants?

We don’t know about you, but when we think of fried ice cream, we certainly don’t think of Chicago or Philadelphia. How did it go from an urban American experiment to a treat found almost exclusively in Mexican restaurants across the country?

As fried ice cream gained traction and popularity, ChiChi’s restaurant chain took notice and claimed fried ice cream as their signature dessert. Until then, it was a rare commodity as it can be tricky to make well. So when ChiChi’s perfected the recipe… let’s just say it was a hit! Seeing their success, more Mexican restaurants followed suit, which ultimately led to fried ice cream becoming a staple sweet in Mexican-American cuisine!

Now, in an age where many people are opting for order-in dinner dates and dessert paired with the latest Netflix suggestion, let us bring the goods to you. There isn’t a dinner that comes to mind that wouldn’t be made better with a tub of fried ice cream to close it out. Come to think of it, forget dinner altogether and go straight for the tub.

Simply put, fried ice cream is culinary magic. Luckily you don’t need to worry how the magic happens. You leave that to us. Next time you’re out and about, pick up a Fried Ice Cream Tub. Actually, to play it safe, pick up two.